Sightseeing and Adventuring in New Mexico - The Perfect Girls Holiday 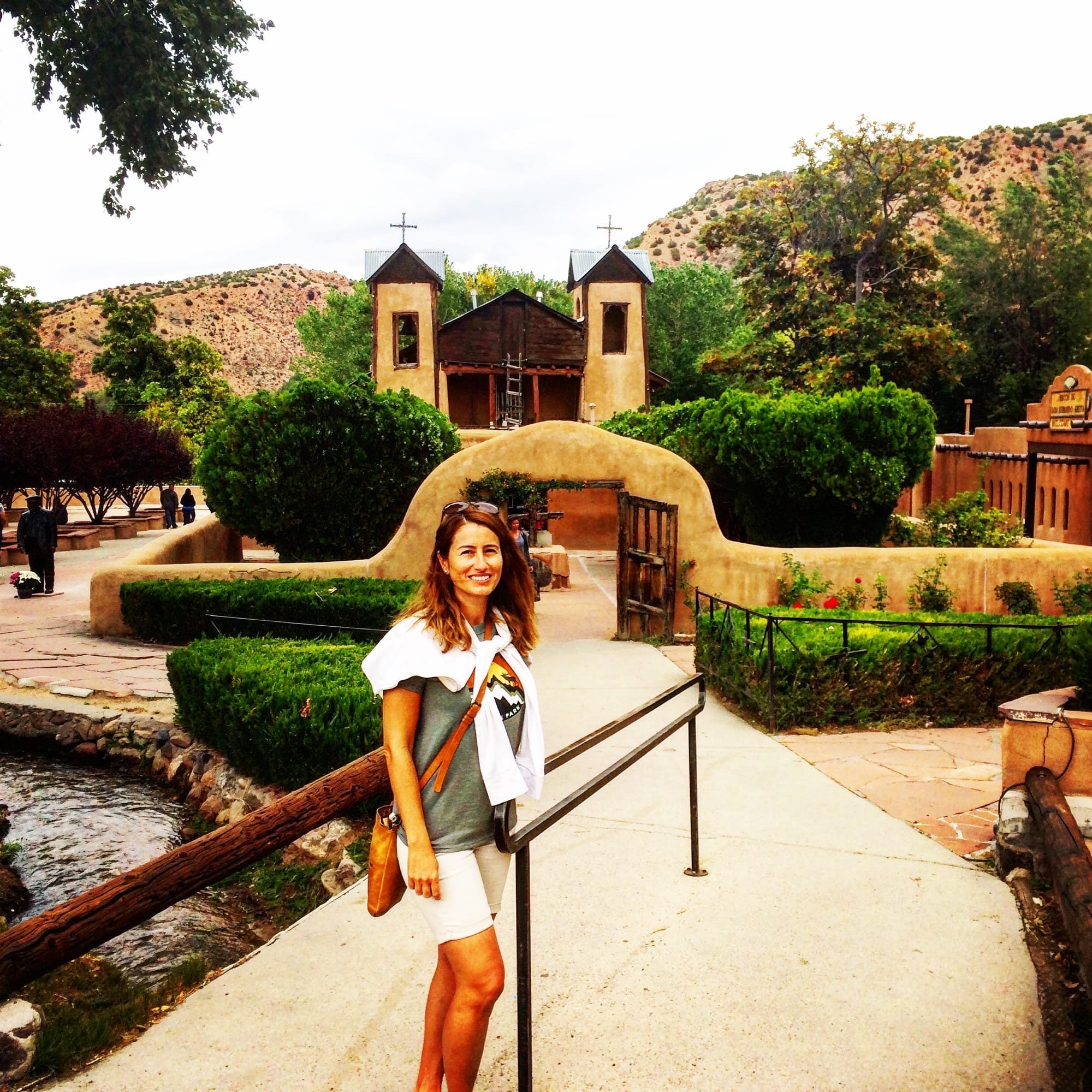 There are only a few places I have travelled to where I plan to come back before I have even left. New Mexico is one of those few. A state ‘on the fringe’, which still deals with economic challenges as one of the poorest in our country, New Mexico offers something that the mainland U.S. does not: a rich cultural and spiritual history, ethnic diversity, and authentic Mexican cuisine that leaves you feeling like you’ve been south of the border and not the 47th state to join the Union.

The morning after we arrived from Colorado by car, Mariann and I did a walking tour of New Mexico's capital Santa Fe. It was a sunny and breezy late September day, and in just 2.5 hours we had learned a great deal about the Spanish colonization of the area, the conversion of its local tribes into Christianity, the pueblo uprisings, the massacre of Catholic missionary priests, and much more.  We felt the antiquity of the state just by walking around this small, quaint city lined with adobe buildings and porticos supported by ancient cedar beams and columns, and by standing on tiny ceramic-tiled plazas like the one housing 109 East Palace, the official entry point for the Los Alamos laboratory.  We visited the Palace of the Governors, which erected in 1610, is the oldest government building in the United States and meandered into tiny plazas off of the main street to peruse Mexican crafts. 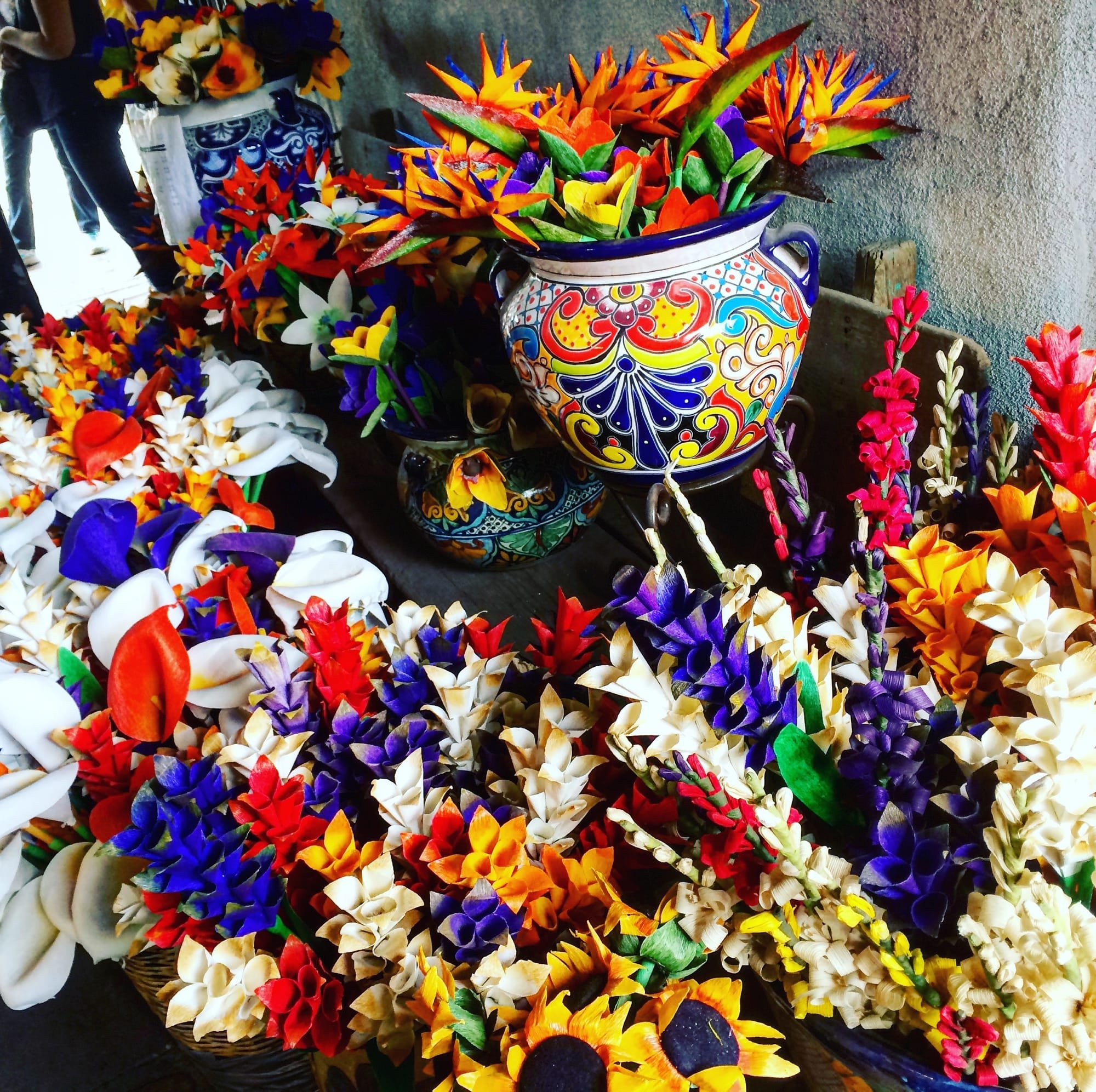 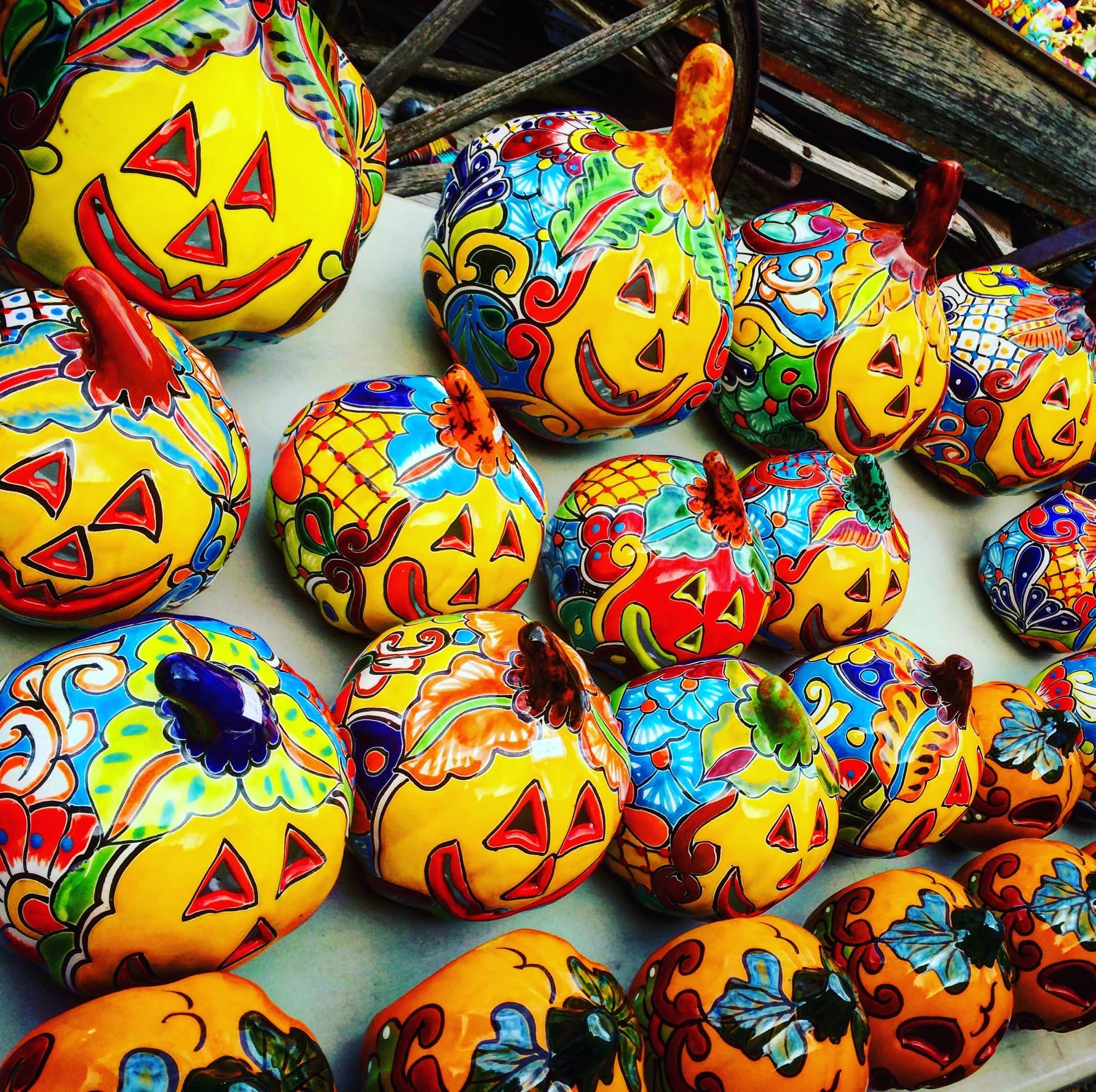 In addition to historical buildings, the churches were definitely high on our list of places visit. We stepped into the San Miguel Chapel, the oldest church in the country, and visited the Loretto Chapel, home to the miraculous 360-degree staircase, which once hung unsupported from the upper choir, and is thought to have been built in the late 1800s by St Joseph, the patron saint of carpenters. We meandered through the centuries’ old plaza and perused over silver and turquoise jewelry laid out on Mexican blankets at the portico of the Palace of the Governors. Last on our list was the Georgia O’Keefe Museum, which houses many of her early works and a detailed history of her life together with many of her portraits and those of her tranquil and incredibly scenic Ghost Ranch in New Mexico. 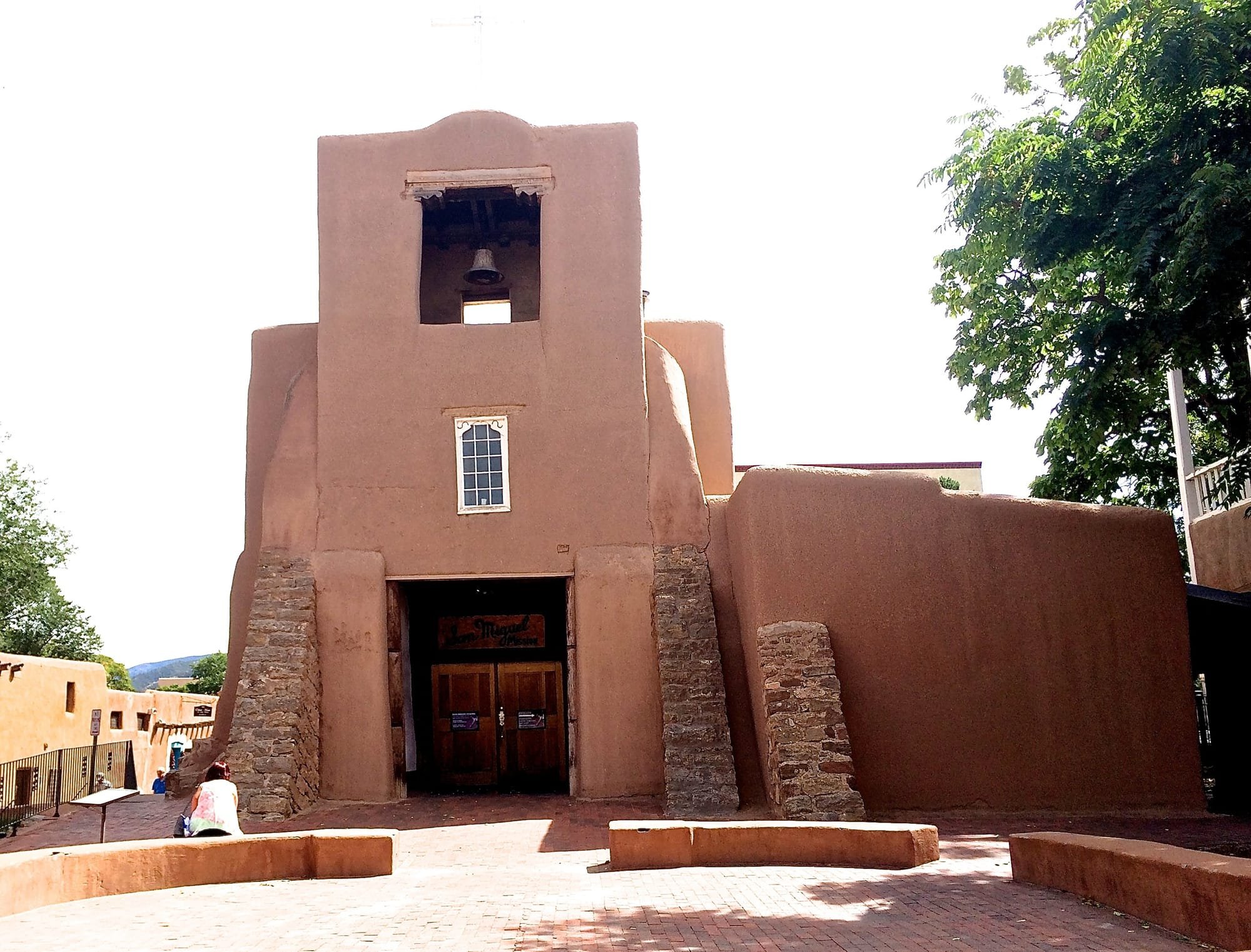 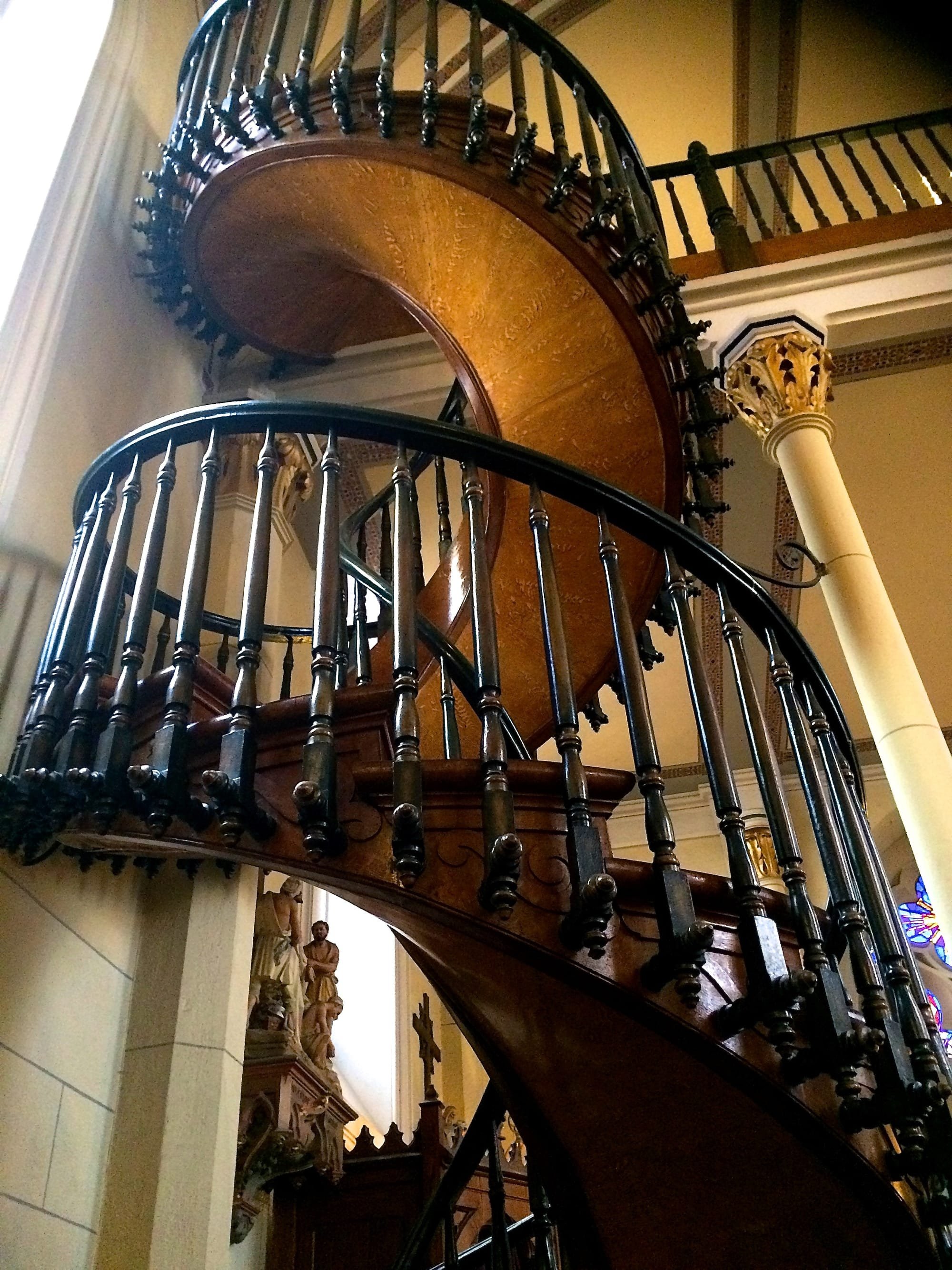 On Canyon street, known for its many art galleries, we enjoyed silver coin margaritas at the recently renovated El Farol bar, built in 1835, and touted as a favorite spot for Hollywood stars like Robert Redford and Liam Neeson. We sat right at the bar and chatted to the bartender in Spanish and heard all about the bar’s recent renovation. The next morning we got up early to visit the fabulous Santa Fe Farmer’s Market situated at the old Railyard. We ate breakfast burritos and wandered around looking at the many food, flower, and arts/craft vendors. We watched a man roasting green chiles and listened to a female-rich ensemble playing the marimba. 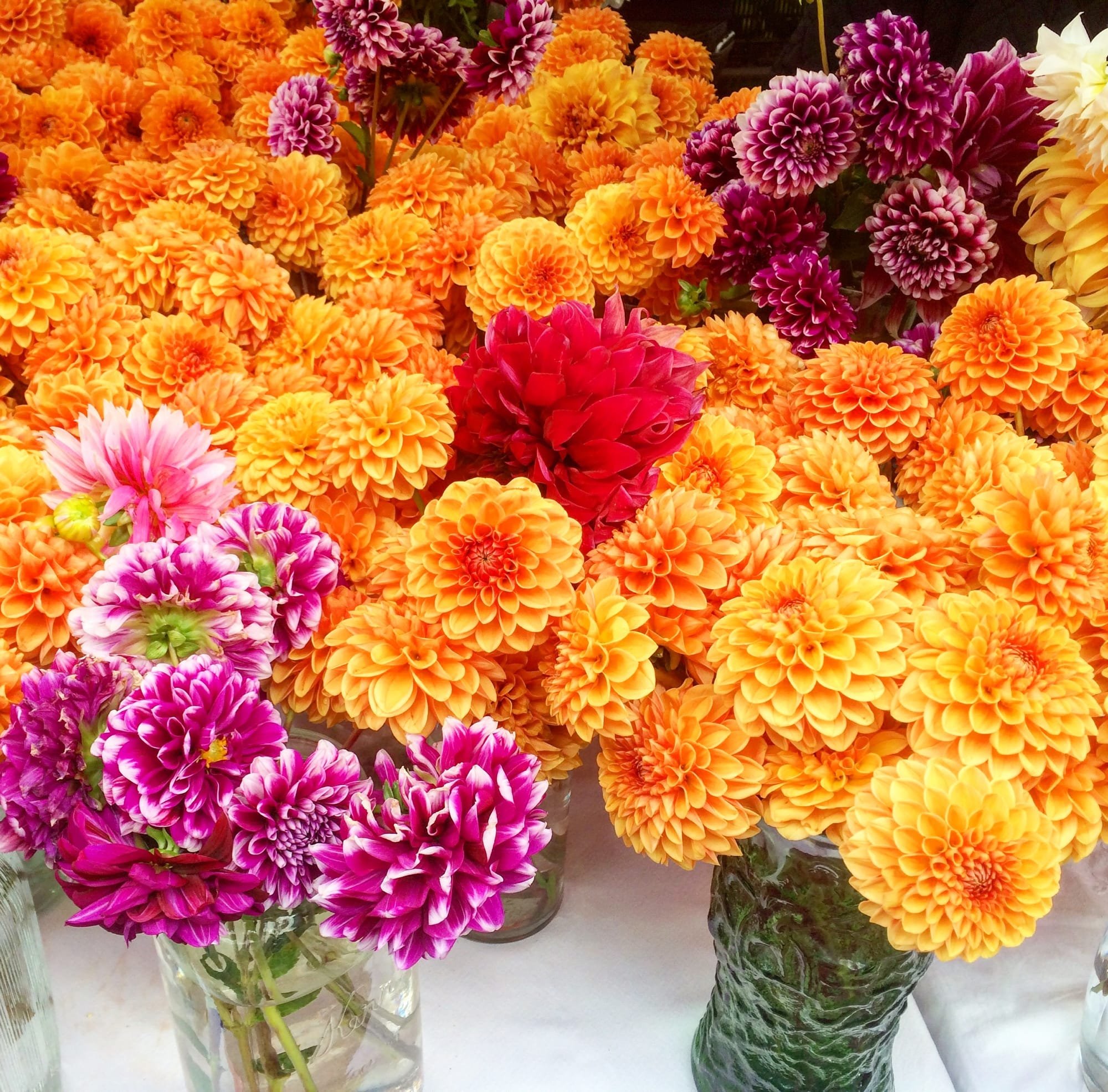 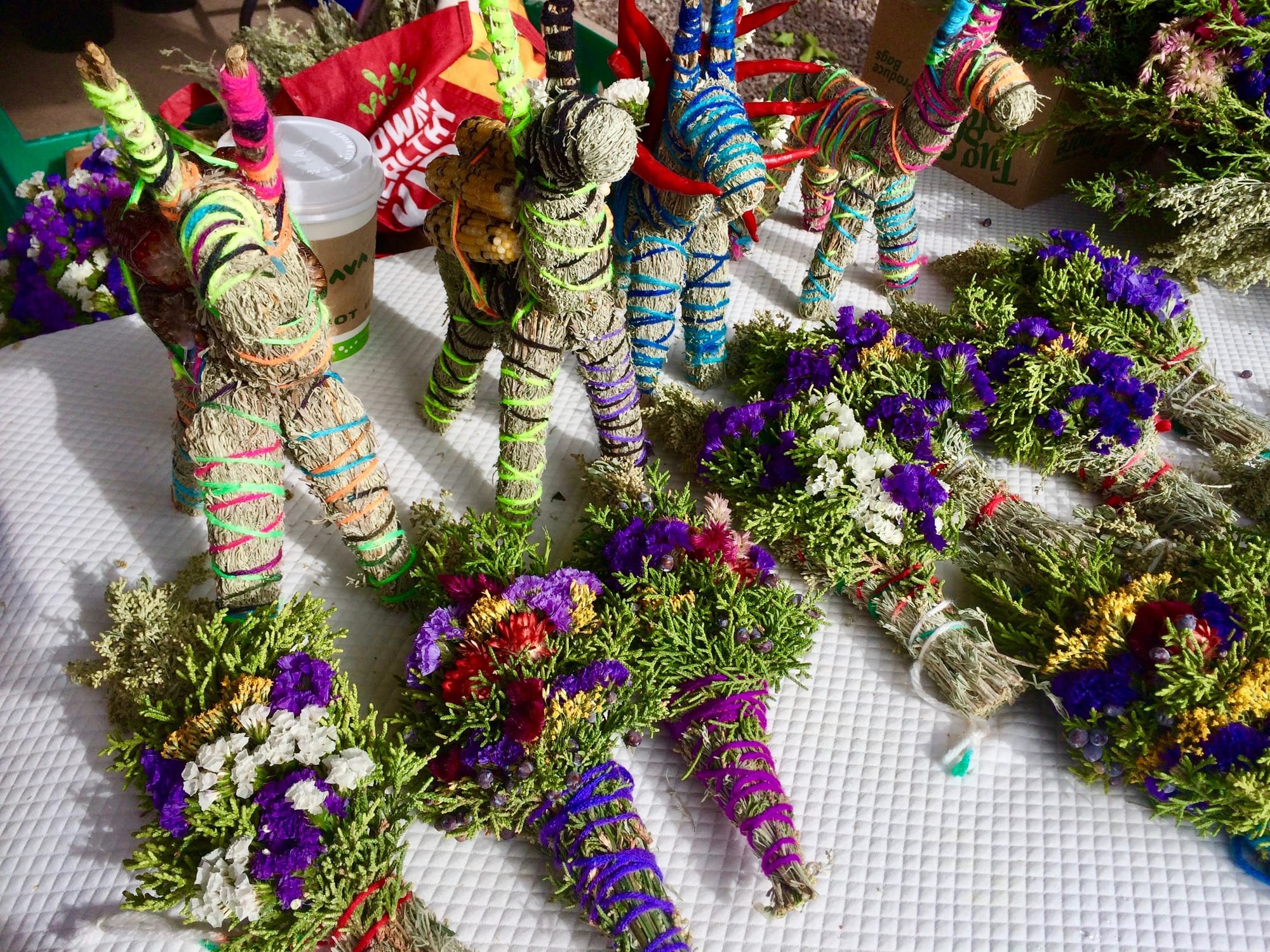 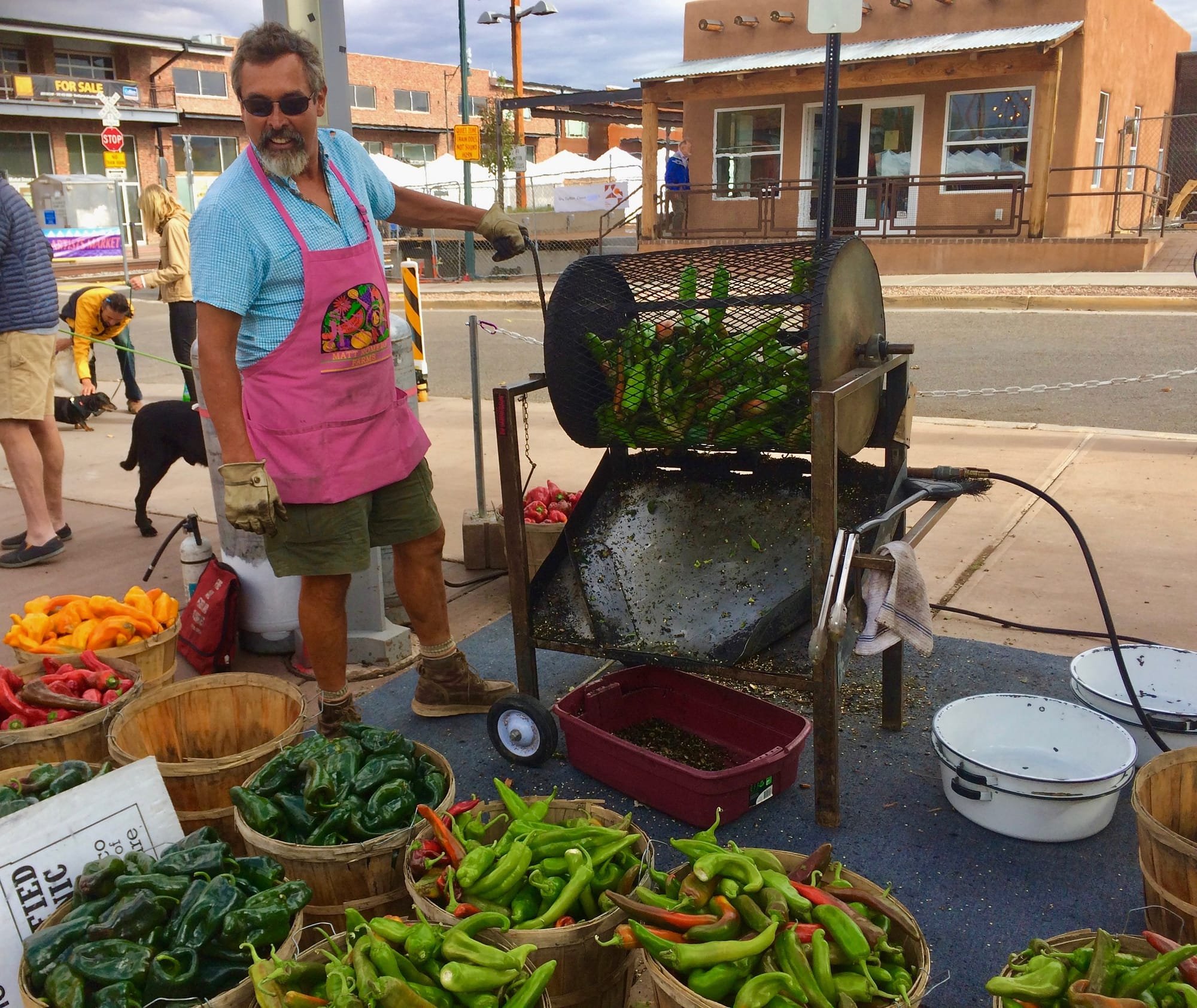 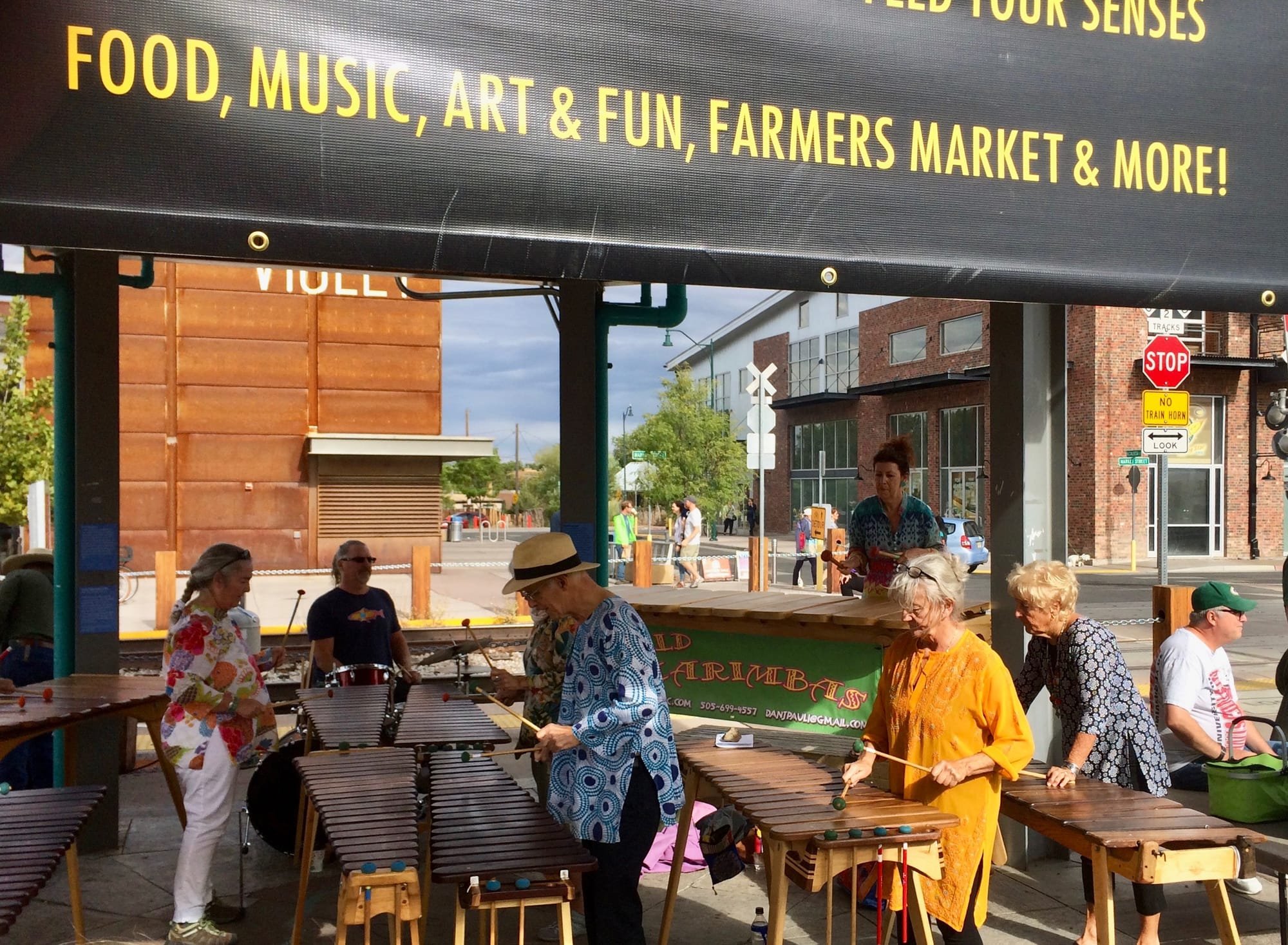 After Santa Fe we drove to the Sanctuary of Chimayó, a truly magical place known for its power to heal the sick and infirm through its ‘miracle dirt’. A small hole next to the church’s altar is thought to have been the site of a miracle in 1810 where a half-buried crucifix kept returning this its original spot despite being carried by a priest to a nearby church. We felt a peaceful, eerie energy surrounding us as we meandered in the gardens behind the sanctuary, and also visited the ‘Santuario del Niño’, the children’s chapel, whose interior walls were adorned with thousands of photographs of small children suffering from serious ailments hoping for a miracle. 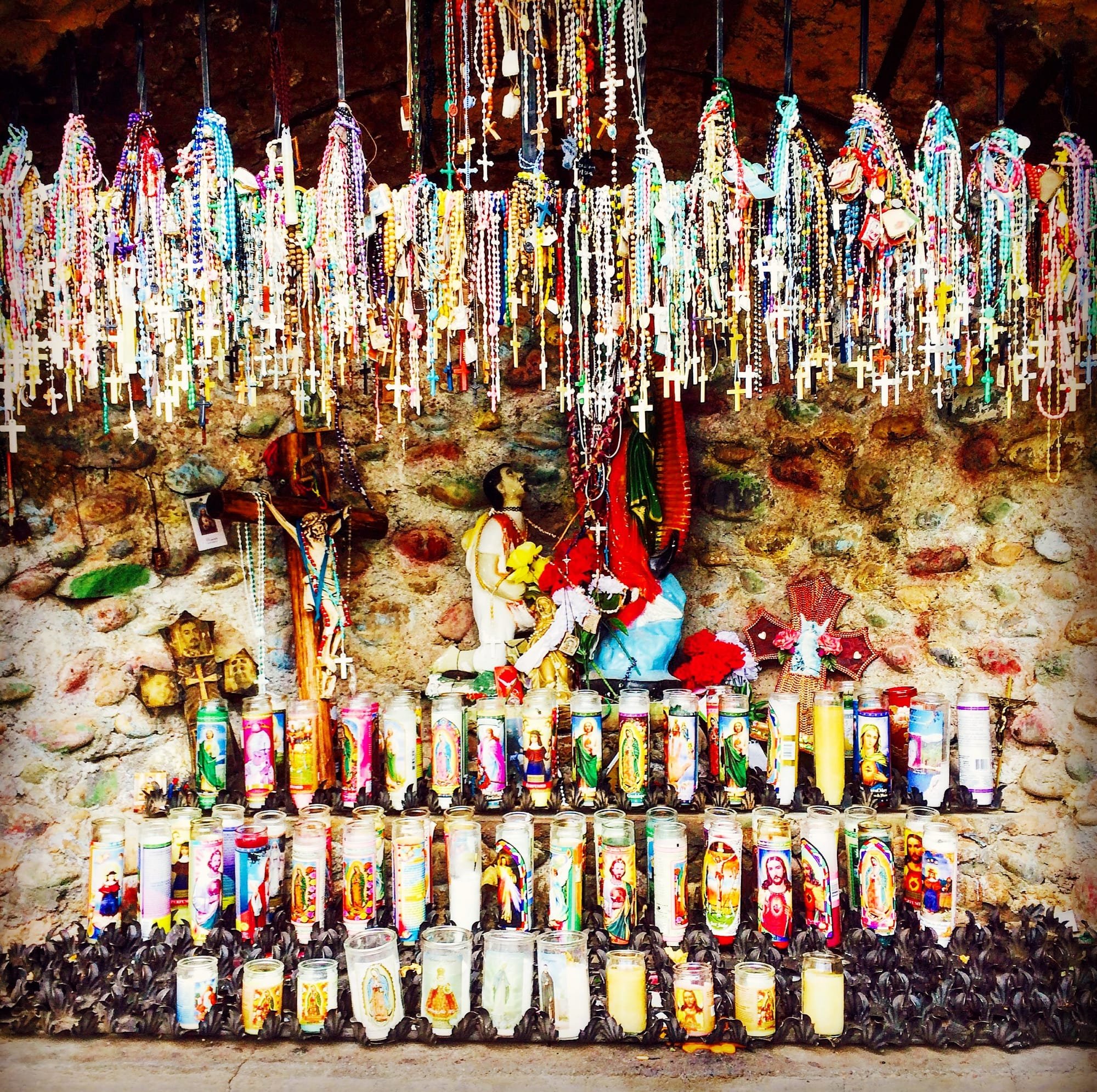 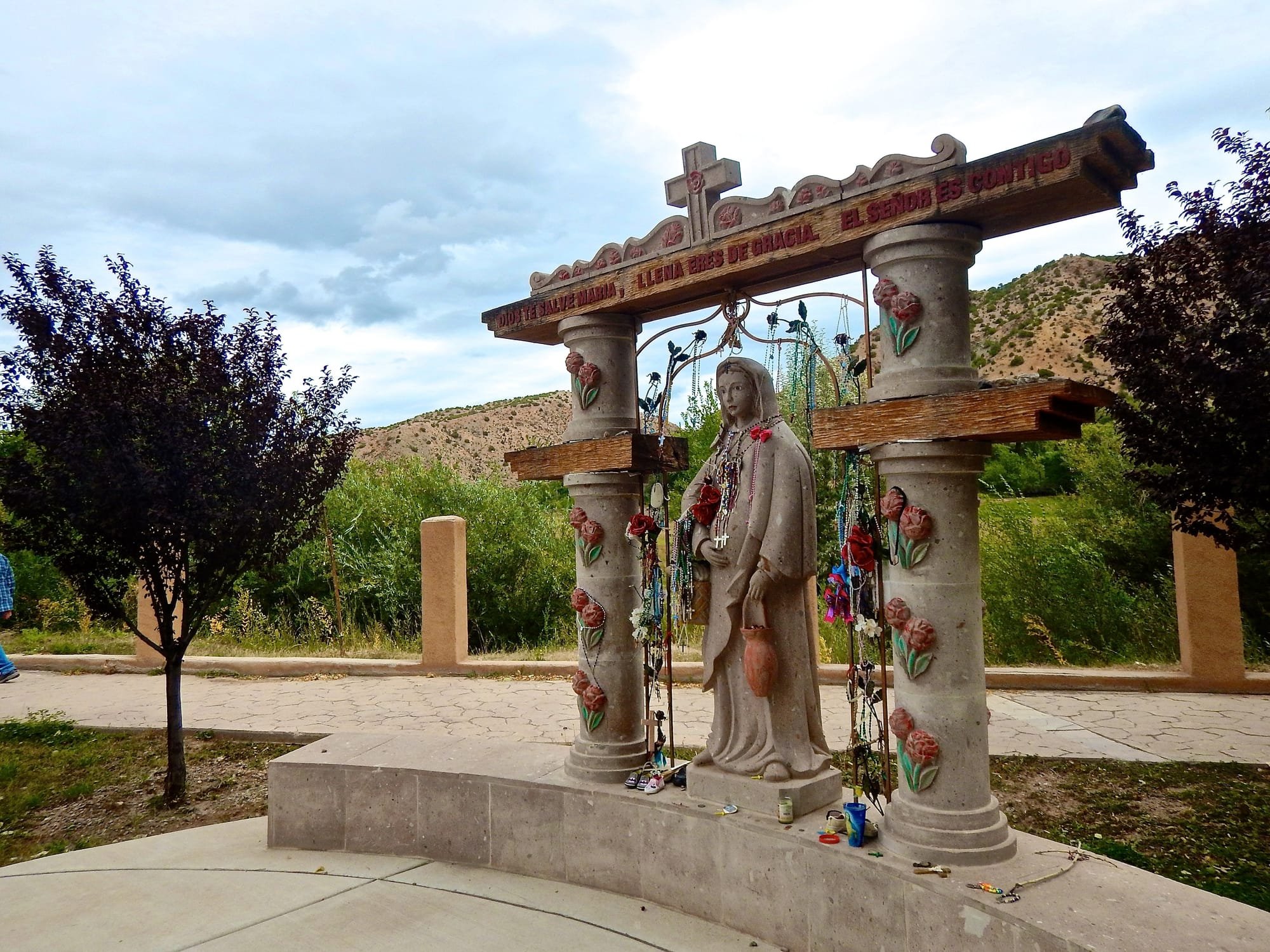 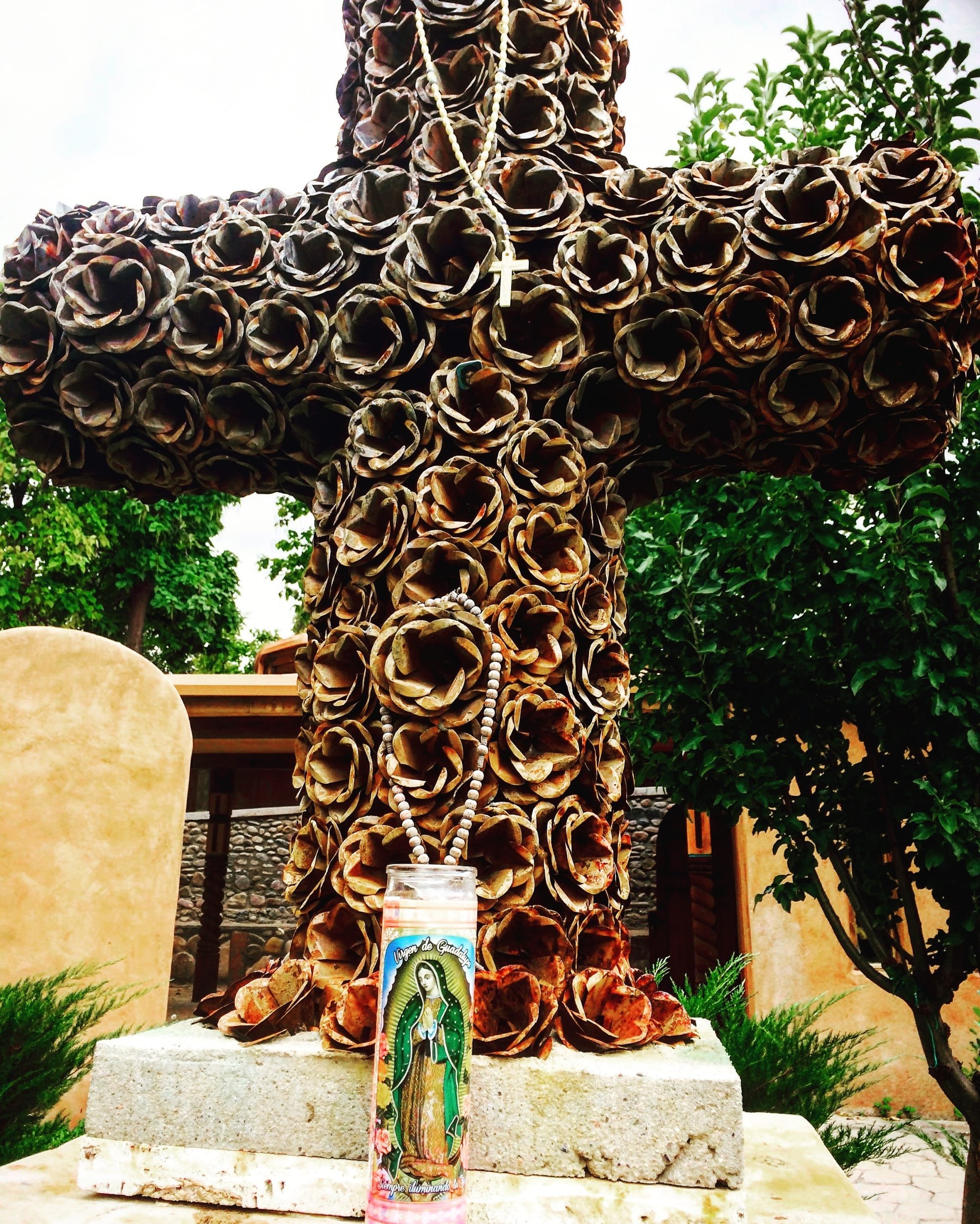 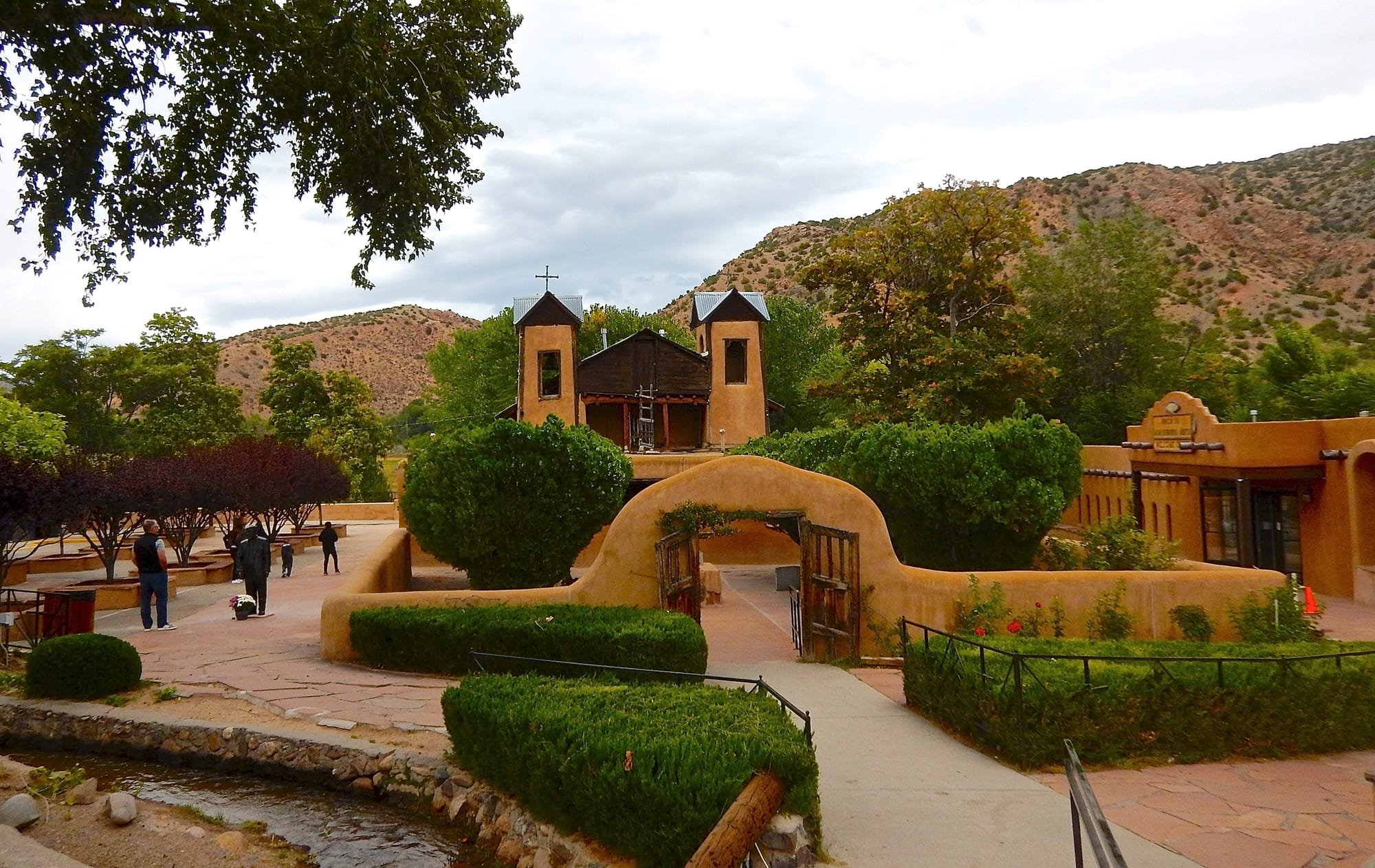 In the small town of Chimayó, we walked by chile stands and shopped at Ortega’s weaving shop before dining at the Rancho de Chimayó, listening to a duo of local musicians playing their acoustic guitars and singing Spanish songs. We slept at a charming bed and breakfast in the middle of the high desert, and sat our veranda watching hummingbirds flutter around their feeders and the heavy rain soak the rich earth, piñon pines, and the desert willows. 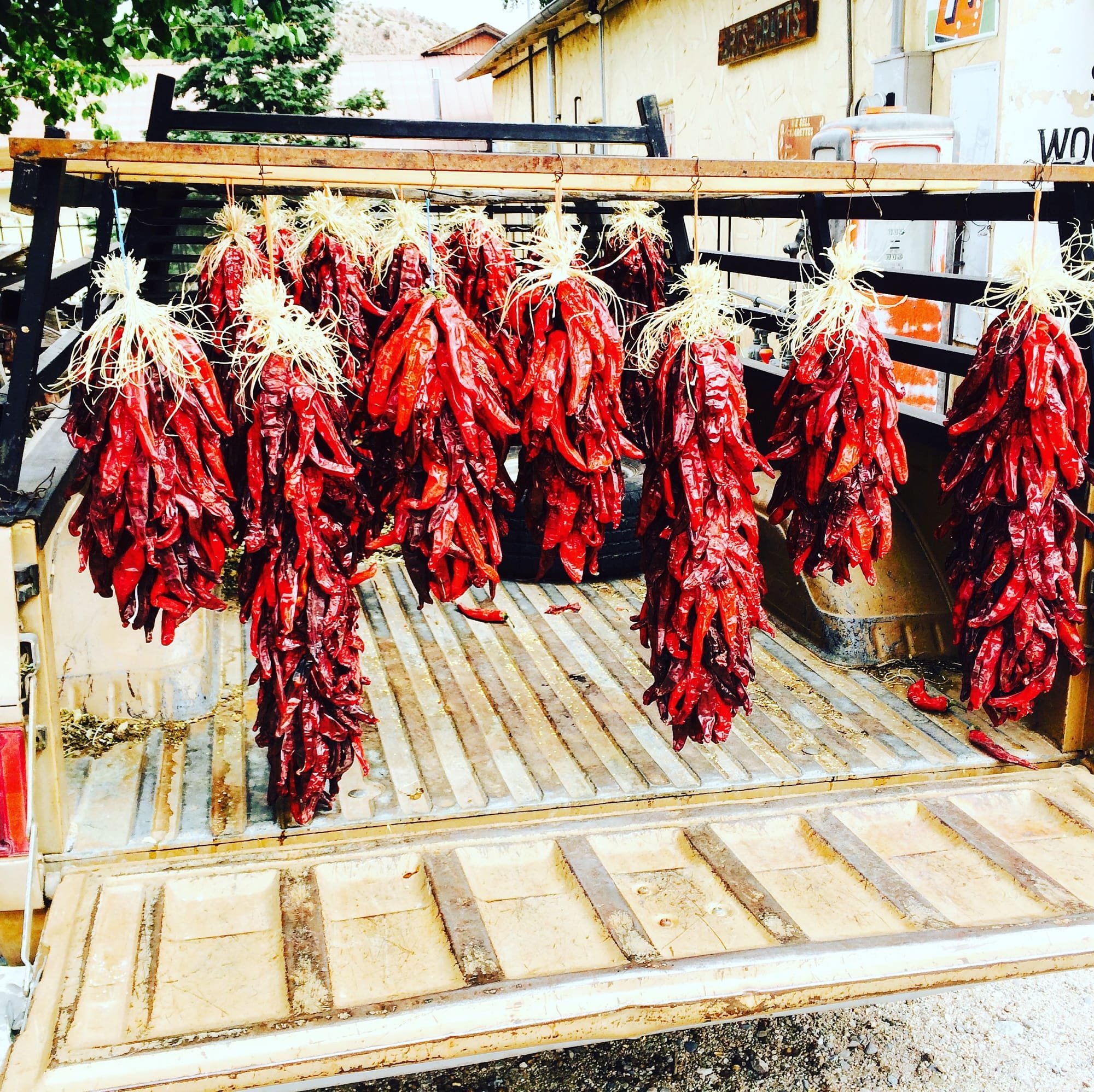 Eager to explore New Mexico's Sangre de Cristo mountains, we headed to Taos, where our need for adventure landed us on a raft in the lower rapids of the Rio Grande known as ‘the Racecourse’. Our seasoned river guide, John, educated us thoroughly about the flora of the desert valley. The day after, we were graced with a good weather window and climbed Wheeler Peak, New Mexico’s highest mountain at 13,159 feet/4,010 meters, first walking through a healthy forest of pines and aspen trees before starting our steep ascent on the high desert tundra, finally arriving at a narrow, rocky ridge with magnificent views of the Sangre de Cristo mountains. It was a beautiful climb and a great achievement especially for Mariann, who had just arrived from sea level (she lives in coastal Norway), a few days prior. 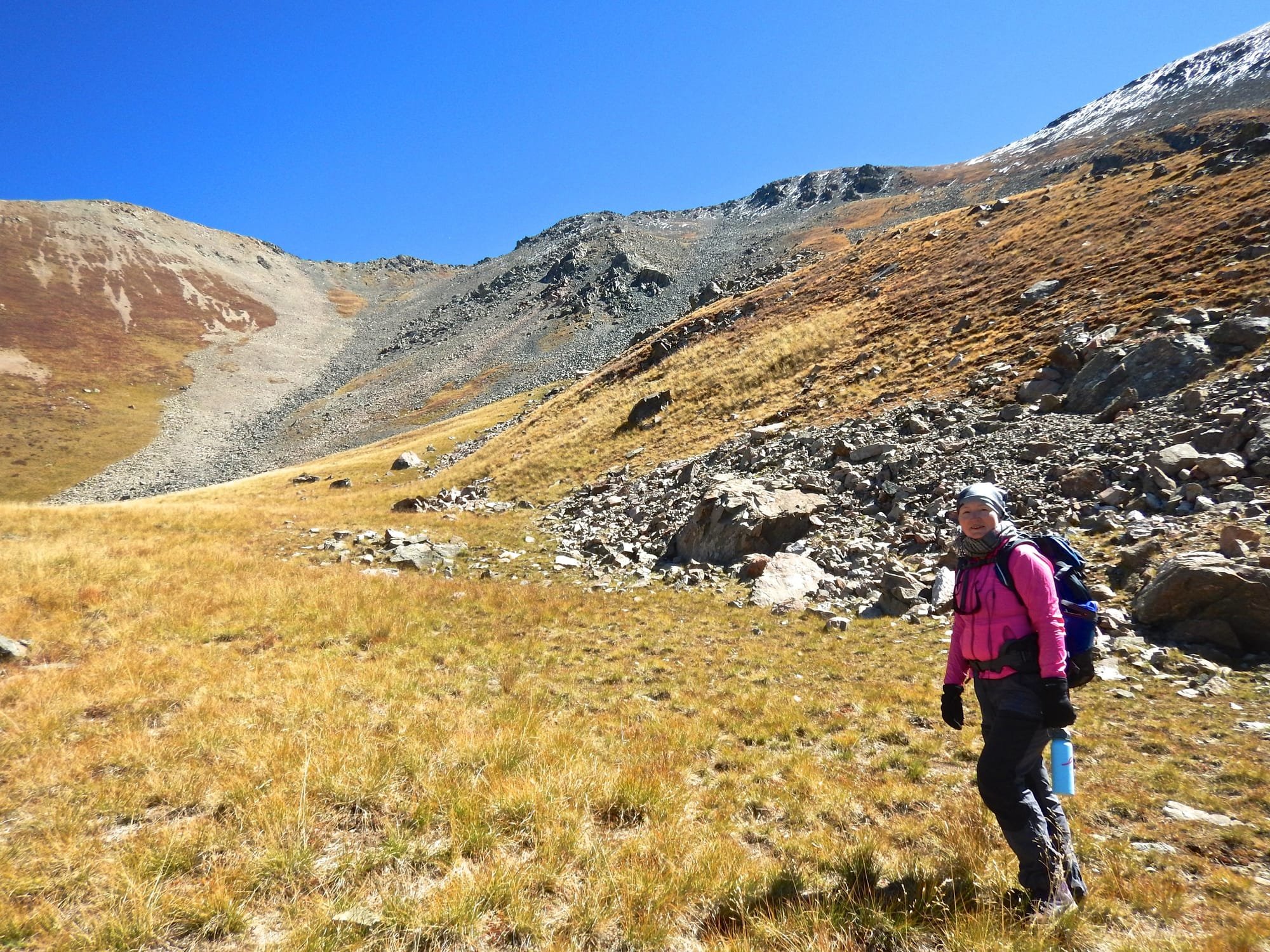 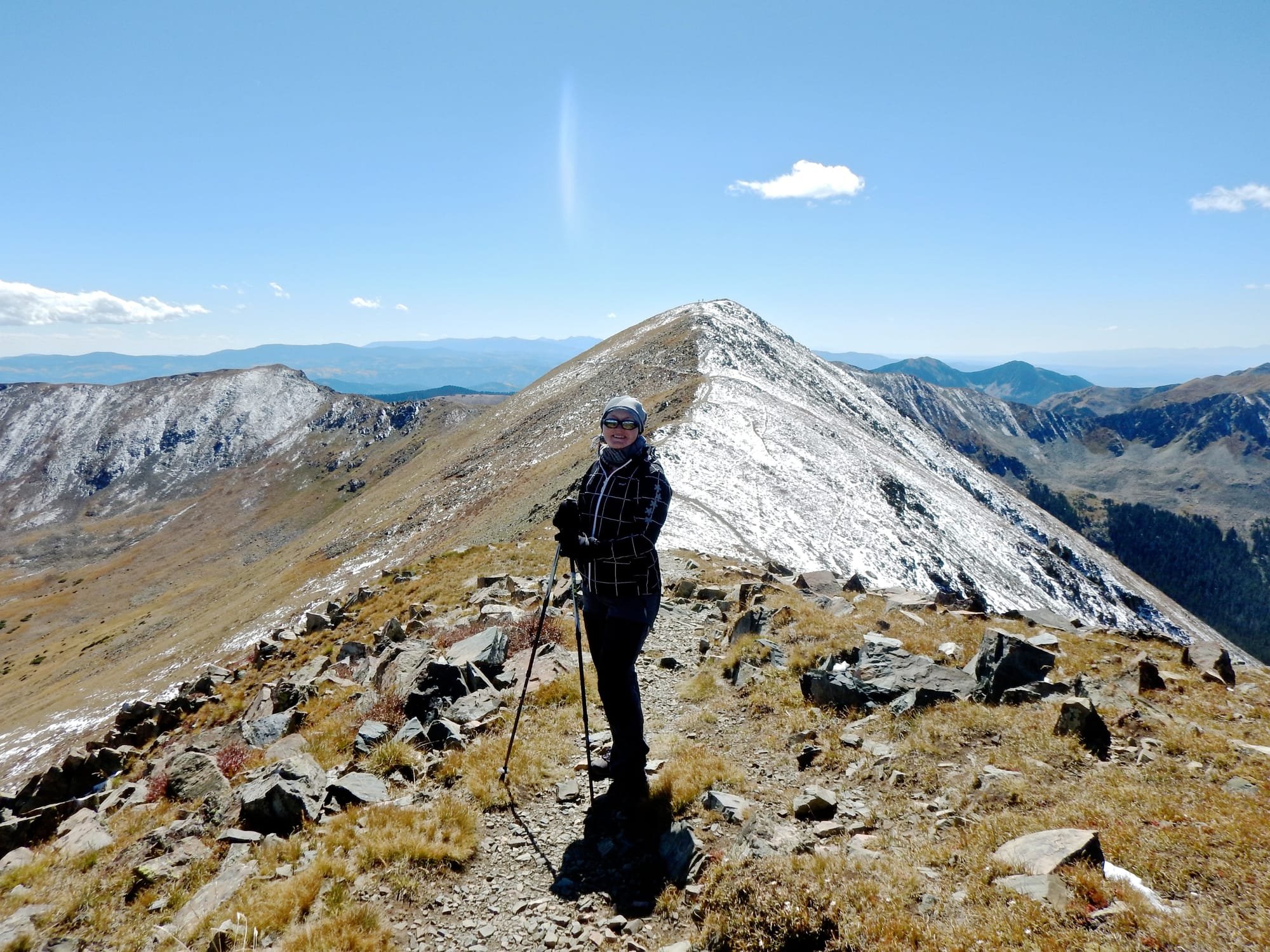 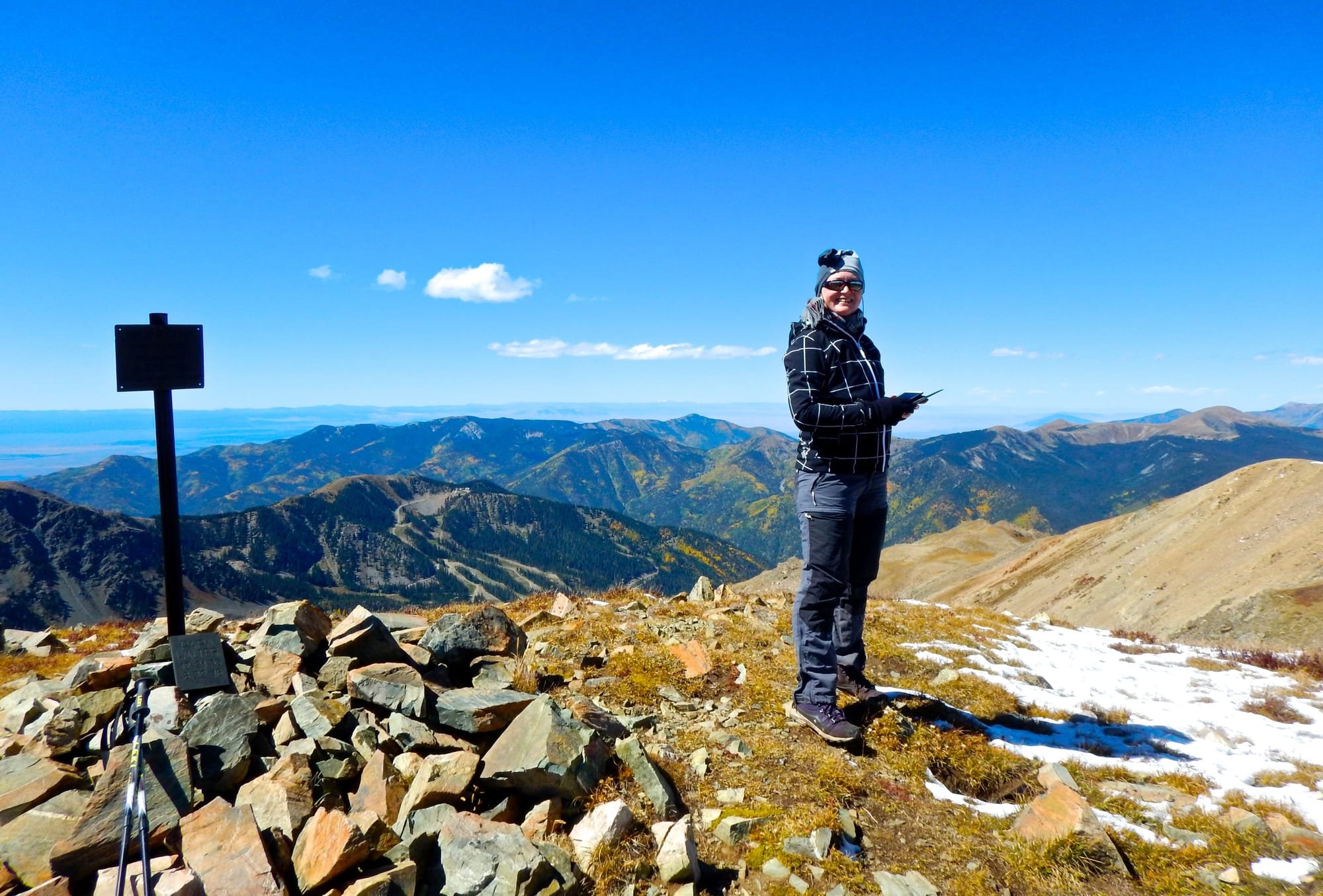 After the climb, we relaxed in the beautiful Ojo Caliente Resort and Spa close to Taos, which was built next to ruins of the Posi-Ouinge pueblo dating back to the 13th century. We soaked our tired legs in the mineral hot springs surrounded by reddish hilltops adorned by sagebrush, cacti, and shrubs, had a wonderful dinner of chicken fajitas, and enjoyed a good night's sleep. 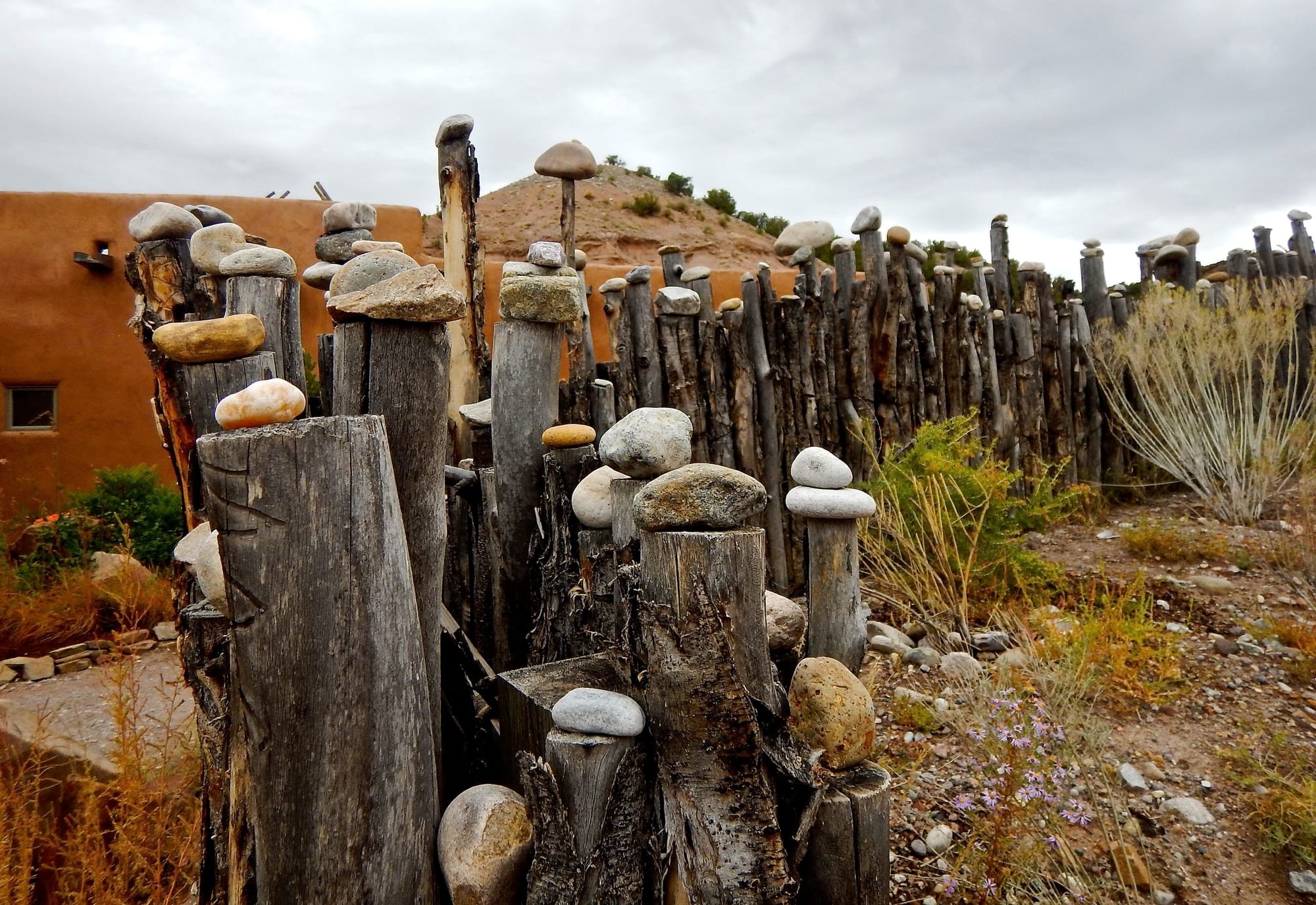 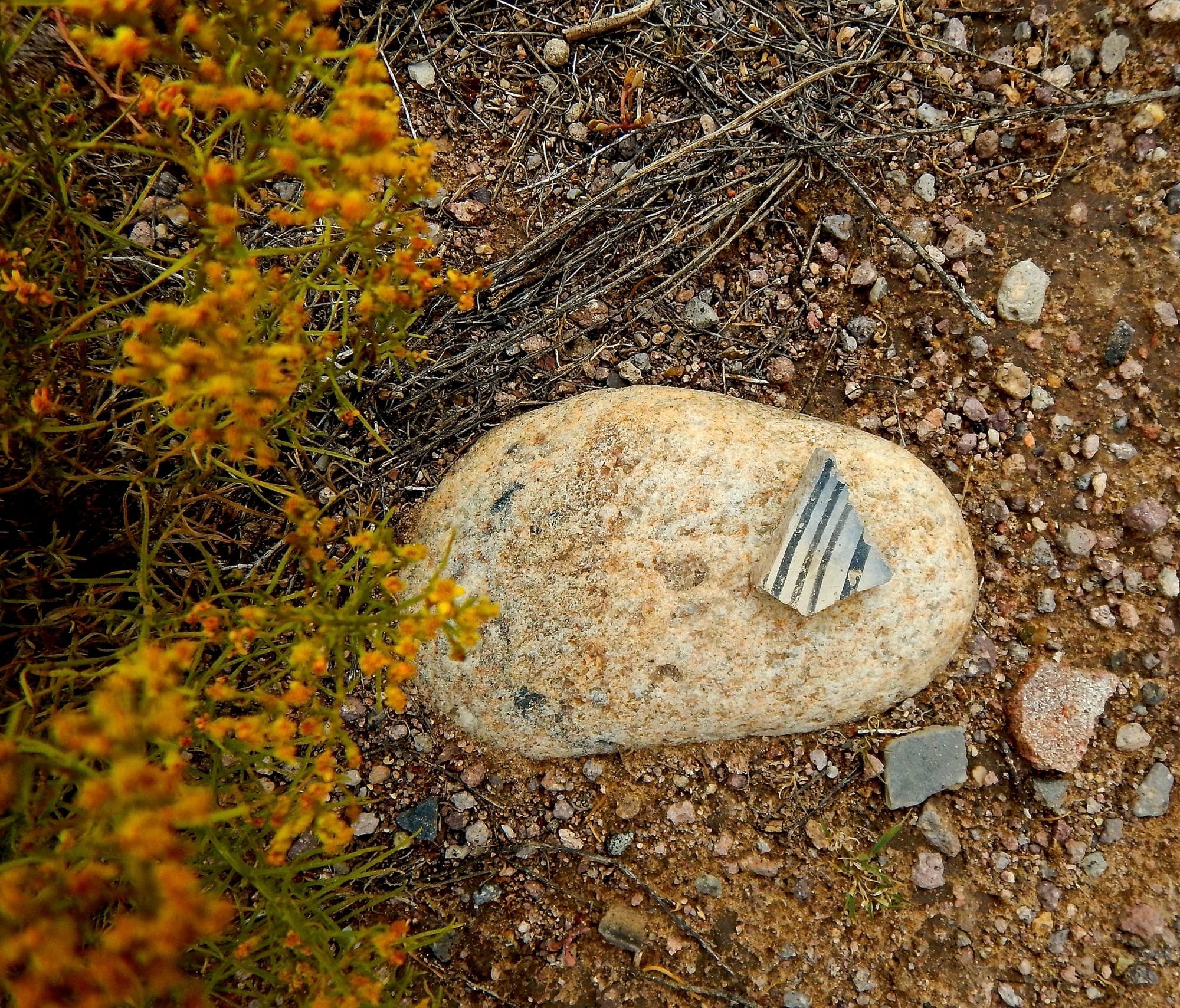 Close to Taos town is the native American Taos Pueblo, which has been standing at the foot of Taos Mountain for over 1000 years. Here, we did a guided tour with Cesario, a young Tewa-speaking native American who has lived there since he was born. Charming and spirited, our guide explained how adobe houses were built (by mixing dirt, water and hay) and gave us the full history of the pueblo revolt of 1680 against the Spanish missionaries, and that of 1847 against the U.S. occupancy. The old San Geronimo church was bombed by the U.S. Cavalry and was not rebuilt (a new structure was erected by the main dirt-laden plaza instead). All that is left is the bell tower are some adobe ruins. When asked by a tourist why the church was not being restored, Cesario wisely replied that the local people decided to let the church go back to the earth. Everything in the native Indian culture revolves around the human relationship to Mother Nature, taking from her what we need to survive, and giving back to her what we no longer need. 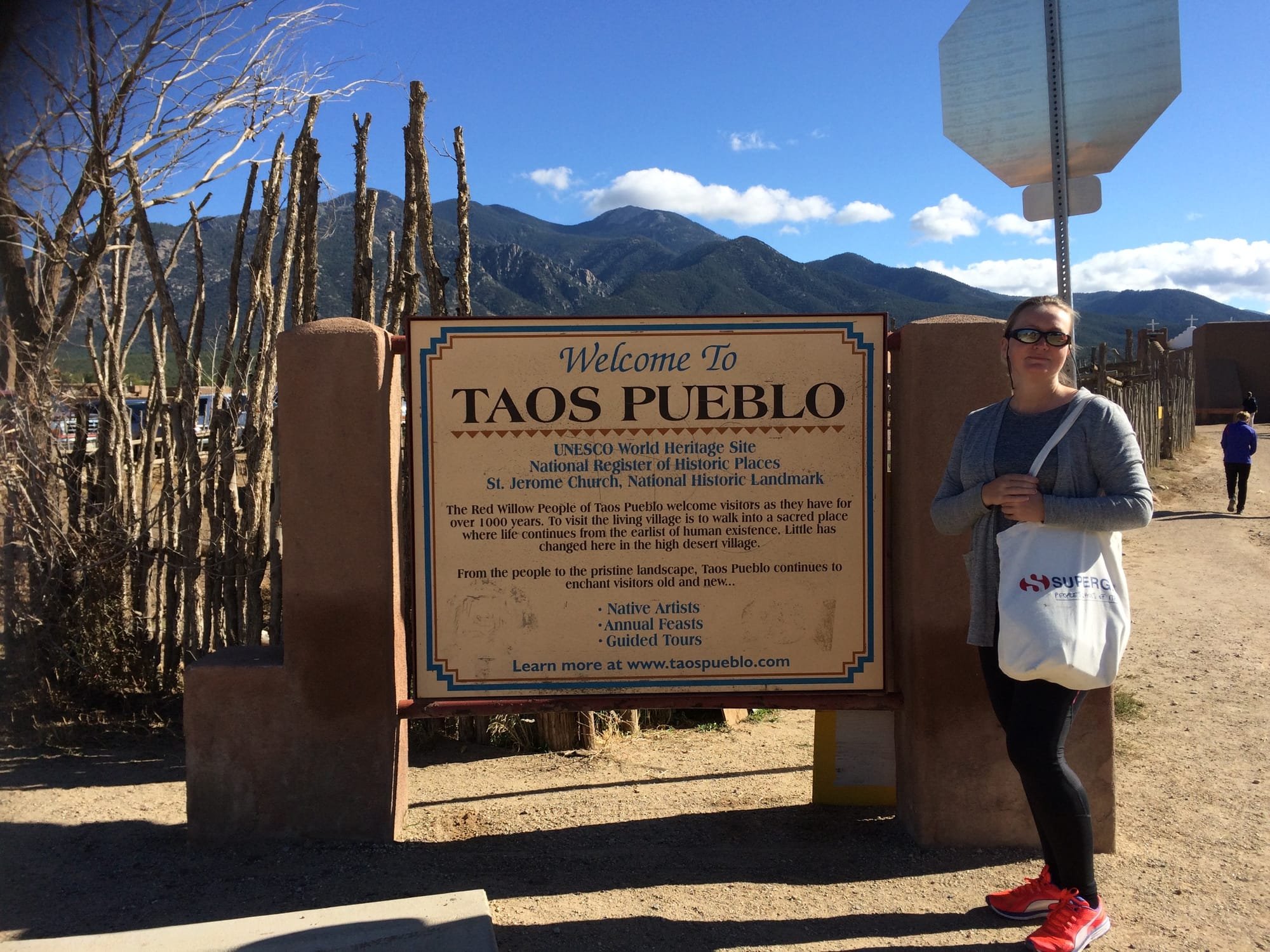 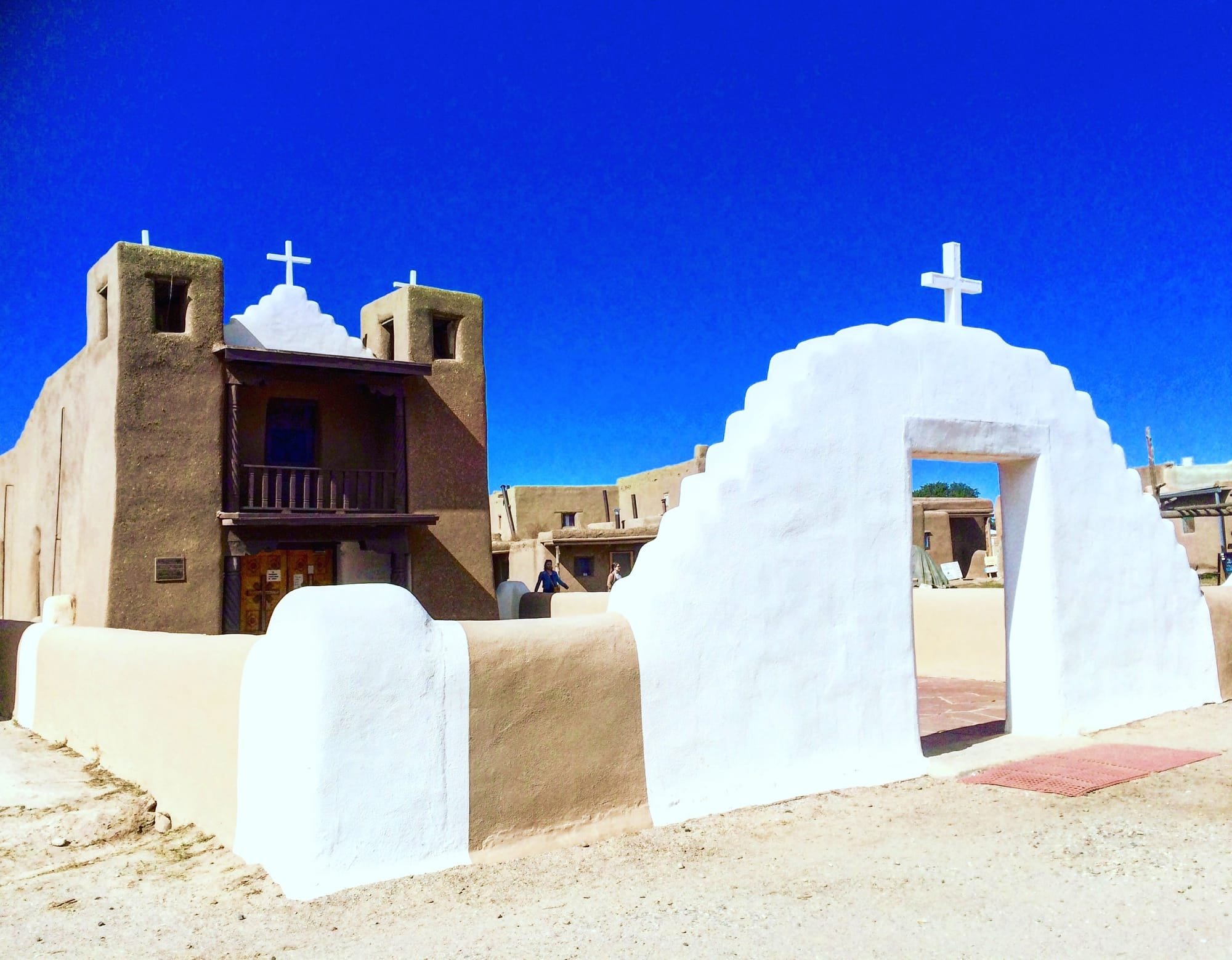 A big part of travelling, at least for me, is sampling as much of the local cuisine as possible. Mariann and I tried every Mexican dish on every menu of every restaurant we went to: mole, fajitas, tostadas, flautas, enchiladas, burritos, stuffed chiles, and posole (my favorite!), usually accompanied by margaritas made either with tequila or agave wine. When asked if we wanted red or green chiles, we usually asked for both and added them Christmas style to our already colorful dishes adorned with plenty of green lettuce and vibrant red tomatoes. 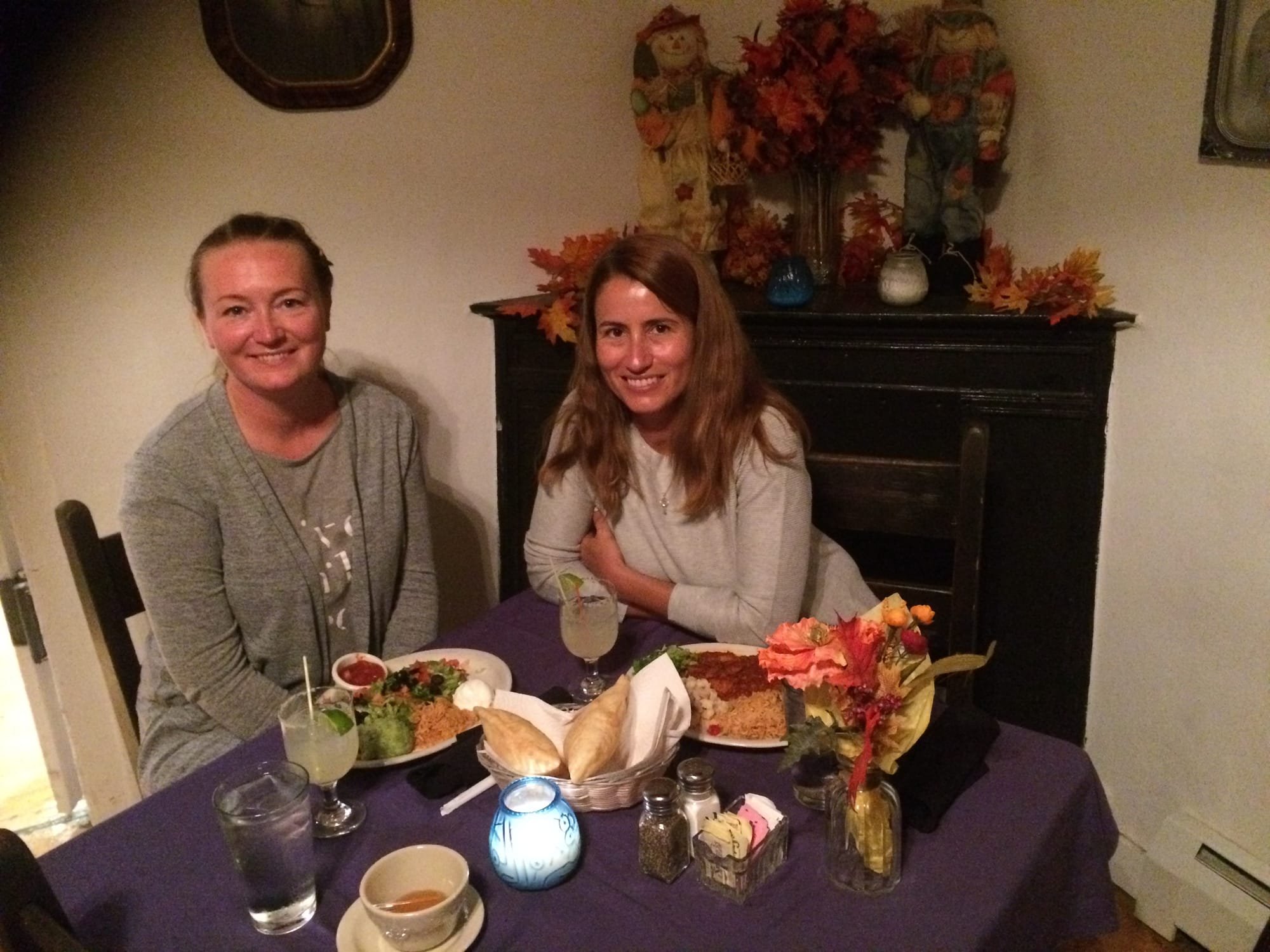 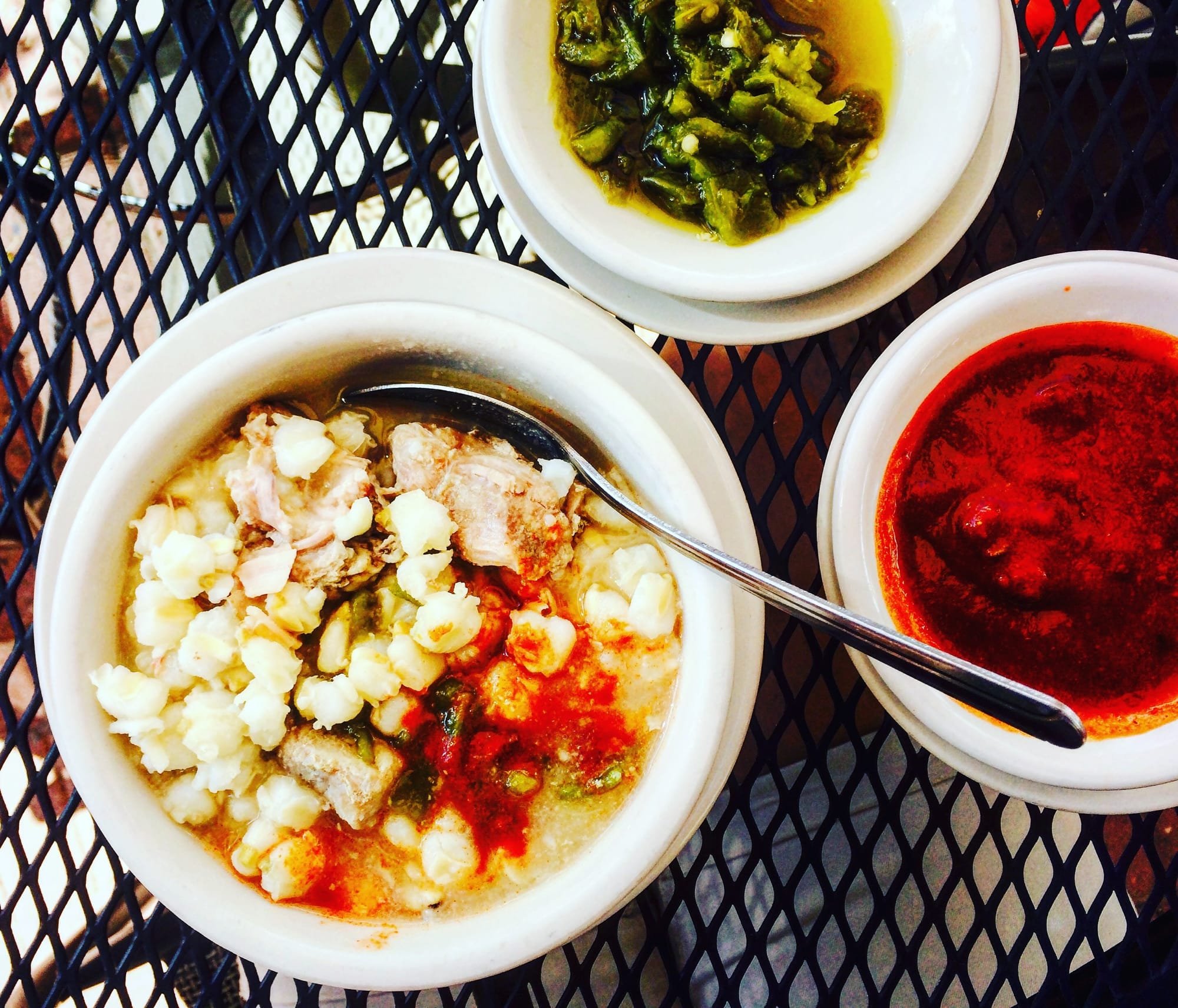 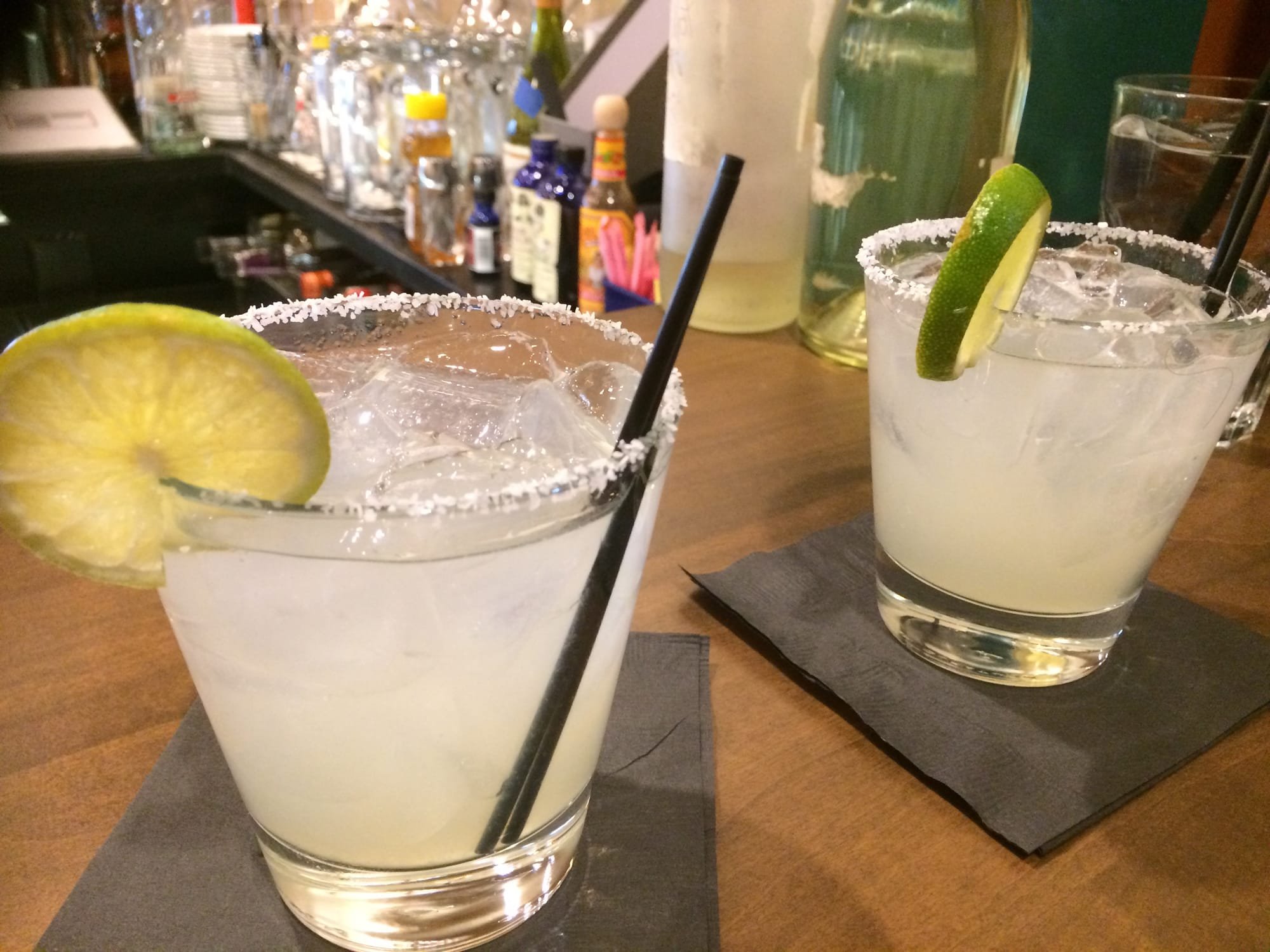 In addition to the food a drink, which stimulated our palates and sometimes slightly burned them, our senses were blown away by the smells of New Mexico: burning piñon pinewood in fireplaces, bread baking in the communal hornos (oven) of the pueblos, the iron-rich soil of the land, fragrant fields of sage in the desert, and bushes of lavender lining the streets. We saw and met some truly colorful characters in New Mexico, perhaps best described as ‘old hippies’ looking for an alternative lifestyle and a tolerant place to settle down. Home to many artists and sculptors, New Mexico invites the eccentric and liberal-minded who refuse to adhere to society’s strict rules and expectations. It also attracts an older generation of tourists, who don’t seem to conform to the norm. Rightfully called the Land of Enchantment, New Mexico definitely enchanted us and has lured me to return over winter: we heard many of the tourist hot spots are empty and the desert looks magnificent at that time of year. I cannot wait to visit the Sanctuary of Chimayó, see the famous Deer Dance at Taos Pueblo with the bonfires lighting the open earth plaza, as well as the soak in the hot springs next to a white blanket of snow.